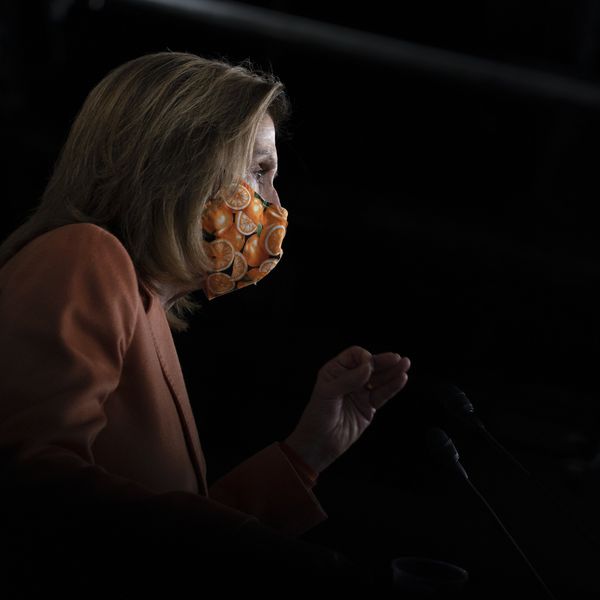 What are the details?

During questions at a Thursday press briefing, Pelosi told reporters, “Tomorrow, by the way, tomorrow, come here tomorrow. We’re going to be talking about the 25th Amendment.”

Reporters pressed Pelosi to clarify what she meant and asked if she believed it would be prudent to invoke the 25th Amendment in an attempt to remove Trump from office, the speaker did not provide a definitive answer one way or the other.

“I’m not talking about it today except to tell you, if you want to talk about that, we’ll see you tomorrow,” she said. “But you take me back to my point. Mr. President, when was the last time you had a negative test before you tested positive? Why is the White House not telling the country that important fact about how this made a hot spot of the White House?”

Trump announced last Friday that he tested positive for coronavirus, prompting a three-day stay at Walter Reed National Medical Center for treatment. He returned to the White House on Monday.

What did the president say?

On Thursday, the president spoke with Maria Bartiromo on Fox Business, where he said, “I feel perfect. There’s nothing wrong.”

Trump has yet to publicly remark on Pelosi’s Thursday afternoon remarks.

GOP Rapid Response Director Steve Guest pointed TheBlaze to a tweet when asked for comment on the speaker’s remarks.